On 22nd of May 2010 we organized the 2nd international tournament "Kikinda Cup 2010". Teams came from Banja Luka, Brčko district, Szeged, and of course Kikinda.

Also look at the huge collection of photos from this event...

Tournament was opened again by our local minister for sport Miss Gordana Trnić.

Six matches took place in gymnasium of the Jovan Popović elementary scchool. And final standing was:

For sure, we will remember this tournament very long if ot about less-than-excellent but the biggest-turn-around making match "Feniks" vs "Brcko". After we won the 1st set easily, we did lost the match ball in the 2nd set, and in the 3rd we were defeated, so our chances for better placement were lost. This way we congrated our opponents on this win and their 2nd place in the end. 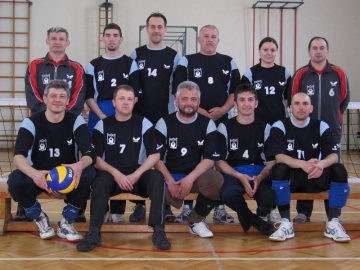 Many thanks to our municipal government and everybody else who helped us to organize this tournament successfully.